Divorce is a dirty word in our society, even with the thousands of people who get one every year.  A Divorce can be a good or bad thing, depending on your position. People often have many different views and opinions when it comes to divorce. While some people believe that it is the right thing to do, others scoff at that notion and believe that any marriage can be saved from a divorce.  Most states involve that spouses pursuing breakup occur to some settlement by way of the assist of attorneys and mediation.

Most divorce and separation situations don’t go previous to a jury, and countless are settled without having the require for litigation. Some cases are even solved collaboratively, wherever both spouses and their attorneys operate jointly to prepare an agreement. Unfortunately, divorce is not always a straightforward undertaking.The way divorce is portrayed on television and in movies is not the most accurate and has perpetrated some misconceptions about the process and its outcomes. With that being said let us have a close look at some of the common divorce myths.

Nearly 65% of divorces are initiated by women. One common reason for this is that most divorce and child custody laws favor women over men. Also, men tend to engage in divorce more than women causing behavior such as drinking, drug abuse, and adultery.

Almost all marriages have their quarrels and arguments; it is just the nature of two people co-existing. Recent studies show that up to 85% of married couples indicated some type of unhappiness during their marriage. While some of these do end up in divorce, many couples stay together through this unhappiness.

Myth 3: Having a child together will improve marital satisfaction and prevent a divorce.

Many studies have shown that the most stressful time in a couple’s life is after their first child is born. Not only are couples thrown into a new way of living, but they have to revolve every single day around caring for the child. It is best for married couples who are contemplating divorce to avoid having children together as this can only complicate and add stress to the marriage.

Myth 4: Children who come from a divorced home will often have less chance of getting divorced.

Children from a divorced home have a much higher chance of getting divorced. While each case is different, many indications show that children coming from a broken home have quicker marriages and are much more likely to end before five years.

Myth 5: Divorce is best if your parents don’t get along.

Studies indicate that divorce has a much worse effect on a child’s life than an unhappy marriage. Separation has been known to cause much more trauma on a child than continued living in a home where the parents do not get along. Only in extreme circumstances which involve emotional or physical abuse are children better off in a divorce.

Myth 6: Any Lawyer is Good.

As many who’ve suffered through a divorce with an inept lawyer might tell you, not all lawyers are equal in any field. In fact, there are a variety of differences. Some of these are obvious: rates and time. However, others such as communication and courtroom experience are less obvious. This makes it essential to consult with more than one divorce lawyer, to hire the one who you feel will be useful, and to avoid hiring the first lawyer you find or the cheapest.

The mother always getting custody is not true anymore, and a pervasive myth. Most states are changing child custody laws because it’s only rational too. If you’re the better parent, it’s nice to think you’ll always get the kids. However, while men are getting custody more often, the gender bias is still there. Still, it’s a myth much more present today when fathers are commonly getting custody of their children for different reasons which can be proved in a court of law.

Myth 8: You Won’t Be Able to Afford Divorce.

Hiring a lawyer, going through all the legal issues, and ending up with a successful divorce can be costly – that’s very true. There are new ways to save money on divorce, beyond in who you hire as representation in court. More lawyers are offering flat rates, spending less time on each case, often by providing specific counseling or representation to limit the time charged. Lawyers have adapted to divorce hearings; if they can save you money, it can save them time too.

One common myth is that if a parent stops paying child support, they lose the right to see their child. Most states are looking down on this process. It’s now becoming difficult to stop visitations simply because the spouse has stopped paying child support. Many new state laws are addressing this issue.

Myth 10: You Can Handle it All Yourself.

You actually may be able to prove this is true, but as with any legal proceeding, you have to know a lot. It only depends on the level of risk you want; if you make mistakes, it could cost you dearly. In some cases, however, it’s more than possible, though you should at least consult with a lawyer, even briefly, to get help with the divorce paperwork.

Most states have laws where property purchased by one spouse can, in fact, be held by both. This is because the property is considered to be marital property, owned by both. It may seem unfair that although you bought the home or other property, you don’t own it. But that’s the law.

While divorce is often the best scenario for the parents, it almost always has negative consequences. Usually, the primary victim of a divorce is the children, as they are often thrown into a divorce without little knowledge of the situation or familiarity on the whole process. These are just some of the many divorce Myths.

The Top 4 Reasons For Landlord-Tenant Disputes

Call Now For a Free Consultation!

What Our Clients Say

Gene is a pleasure to work with. He's easy going while still being an effective advocate for his clients. It is my pleasure to endorse Gene and his firm. 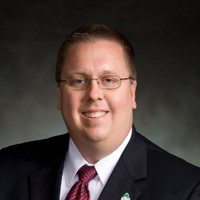 Gene F. Turnwald is one of the leading attorneys in the Lansing area and can help you with any legal situation that you may be facing including real estate law, landlord tenant disputes, wills/trusts, criminal, divorce, or bankruptcy.  Call today at (517) 347-6700 for a free consultation.